How Virtual Reality technology Changed the World of Gaming? 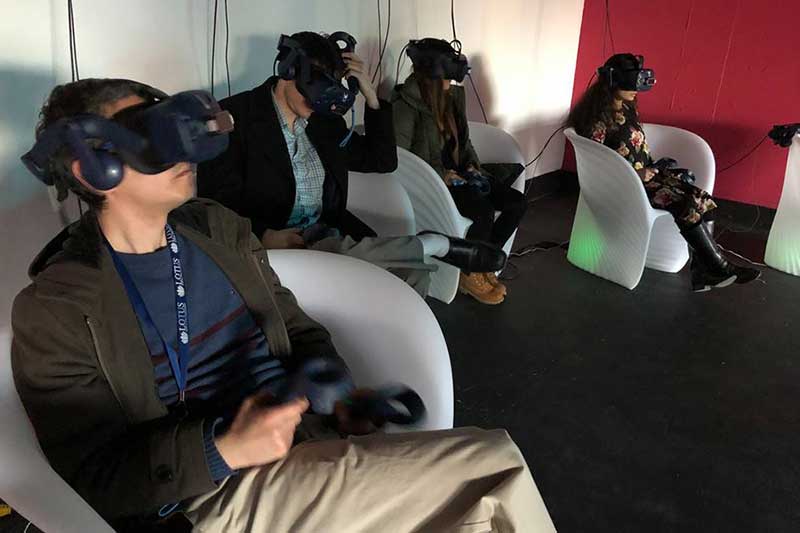 How Virtual Reality technology Changed the World of Gaming?

The world of gaming got immensely changed when the seed of virtual reality started blooming. With the evolution of virtual reality technology, the entire gaming world has been brought to life. VR has taken the world by storm, facilitating new gaming experiences.

With VR headsets, one can easily get transmitted into the thrilling and adventurous world of zombies & other deadly characters. The advancement of VR technology has created new opportunities to enhance the connection between game and player. The improved version of VR hardware and software has changed the scenario of gaming industry. Gaming industry has embraced this technology with open arms.

Initially, Virtual Reality was a concept only existed in science fiction however, due to rapid change in technology it has become a part of contemporary game design. In VR games, your body will be the controller and everything will start appearing to your mind. To a gamer, it may feel like that he has become the part of the game as when he wears the VR headset, he completely gets transmitted to a new world that has nothing in common with the real world. Virtual reality has introduced a new virtual gaming experience to the people. Now, you will not just play the game but you can experience what it feels like to be in the player’s shoe. It gives out of the world experience to the gamers.

With virtual reality, you can see things from a perspective that is not possible in reality. Breaking the boundaries of reality, you can unfold the world of virtual reality. When gamers play virtual reality games then they can experience the stimulation that they can never experience in ordinary video games. Gaming industry has embraced the VR technology completely and now it has become much easier to develop a connection between player & the game. Virtual reality technology has revolutionized the gaming industry. Now, the VR developers are more focused to ensure that it becomes more accessible to the masses.

Virtual reality technology has offered an immersive and collaborative game play that is why more and more people prefer to play VR games. With high-resolution VR headsets, you can experience an extraordinary reality.

Virtual reality has brought a revolutionary change in the gaming industry. Using this technology, you can explore the world of vivid imagination. Virtual reality gaming has taken over the flat-screen gaming. Overall VR has improved the gaming experience of players and change the entire universe of gaming.

How virtual reality can help you overcome your phobias?
Book Now